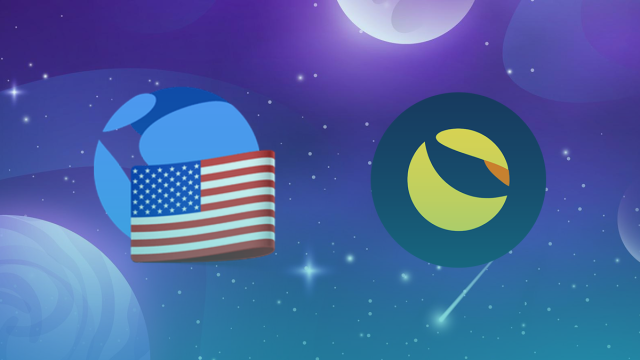 Stablecoins are a class of cryptocurrencies that attempt to offer price stability. They are also usually backed with a reserve asset. Stable coins are designed to reduce volatility relative to unpegged or unbacked cryptocurrencies such as Bitcoin. Therefore, the value of a stablecoin is the same as that of the actual asset or fiat currency it backs itself to. Additionally, some of the most popular stablecoins, luke Terra USD and USD coin, are traded 1:1 with the US Dollar. Therefore, their value is not typically affected by the market.

It is worth mentioning that algorithmic stablecoins like UST have an extra benefit; they can also be backed with digital assets like bitcoin. Evne better, stable coins cab be backed without with the involvement of a centralized third party.

Terra’s LUNA has recently become the third-largest stablecoin after a 17% surge.

What is Terra’s LUNA?

Terra is a next-generation blockchain payment network interwoven with stablecoins. In simpler terms, Terra is a decentralized payment ecosystem that uses fiat-pegged stablecoins to create a digital currency that doesn’t get influenced by the crypto market. Its native LUNA tokens power it. Therefore, LUNA is a governance token for the Terra money market protocol. Terra’s LUNA is used to secure the protocol’s stablecoin.

Terra’s LUNA does not have a fixed supply as its supply changes to the number of stablecoins on the market. This balances the value of the stablecoins. Terra’s stablecoins are algorithmic. This means that the protocol depends on an algorithm to maintain its price stability. For example, the value of UST is equal to one dollar and, thanks to LUNA, should remain stable. If its value declines, LUNA will supplement it to maintain its dollar value.

Additionally, it is worth mentioning that Terra’s LUNA can be used to pay for goods and services on the Terra platform. Therefore, when you own LUNA, you hold a piece of the Terra company. Since it is a decentralized cryptocurrency, the more LUNA you hold, the more you will have in the future of the blockchain.

The primary LUNA function is to protect the Terra network by locking value. This is achieved through a staking mechanism.

Another function is rewarding. Terra gives out LUNA to reward users who confirm transactions and add blocks to their blockchain.

Additionally, LUNA stakeholders have the right to submit proposals to a vote on software upgrades, tech modifications, and changes in monetary policies. Therefore, LUNA is also used for governance.

Finally, LUNA is used for collateralization. Holders of the LUNA token can stake their coins as collateral for confirming the transaction. They can also use them to get rewards depending on the number of stablecoins staked.

In mid-April 2022, Terra’s LUNA outperformed the overall crypto market after a 17% pump that pushed prices to over 90 dollars. By pushing over the 80 to 82 dollar mark, the stablecoin saw a lot of profit. This comes after a 37% drop in the first two weeks of April 2022. However, this is not the first time Terra’s LUNA has seen incredible results. Earlier in April, Terra’s Luna achieved lifetime highs of 120 dollars. Terra’s algorithmic stablecoin UST topped Binance USD less than twenty-four hours from the spike, becoming the third-largest stablecoin in circulation.

One of the primary contributors to Terra’s LUNA sike is that Asia has embraced the stabilized currency. Therefore, several companies on the Asian continent accept it as payment. Most of these companies are located in South Korea and Southeast Asia. This doesn’t come as a surprise because Asian countries are known for their tendency to adopt technology faster than other global countries. Therefore, the surge in Terra’s LUNA occurred in the early Asian hours.

According to studies by Delphi Digital, over the past 30 days, Terra also became one of the biggest buyers of Convex’s CVX token. It has an amazing track record totaling over 17 million dollars in purchases. In other news, Terra has also purchased record amounts of Convex tokens in the past month.

The Russia-Ukraine Conflict Brings Cryptocurrency to the Spotlight