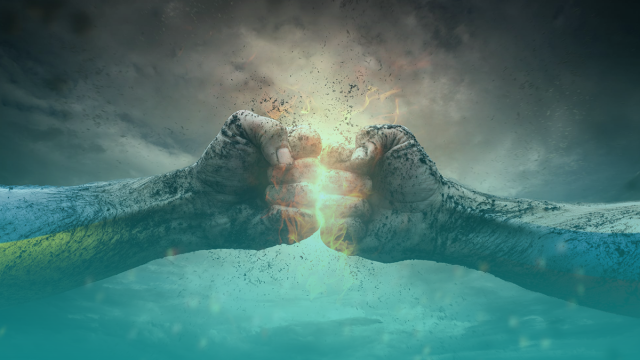 There has been some talk about the significance of cryptocurrency since Russia invaded Ukraine and the introduction of sanctions created significant market turmoil. There has also been over $54 million donated towards Ukraine since the start of the war, all of which has been in cryptocurrency.

Ukraine has asked major exchanges to freeze Russian accounts of the sanctioned individuals and all civilians in Belarus and Russia. However, many crypto exchanges invoked their libertarian ideals and claimed that ordinary citizens would suffer.

While many showed defiance, there is talk that they are silently freezing Russian accounts in line with the sanctions. Many financial analysts point to challenges that the crypto industry faces in keeping their freedom amidst a humanitarian and geopolitical crisis.

This notwithstanding, we shall discuss three questions that will define the face of cryptocurrency during the Russia-Ukraine war.

Many economic sanctions are meant to cut the country off from the global financial system and destabilize it to cause the Russians to rise up to the occasion and fight their regime. Many countries have also prohibited companies registered in their jurisdictions from doing business with Russian entities.

Within a few days, the Russian Rubble plunged into all-time lows against other major currencies, and many of the banks could not use SWIFT to access global financial markets. This has led many to debate whether Russia can turn to cryptocurrencies, especially Bitcoin and Ethereum, as alternatives to its restricted fiat currency.

Digital currencies are decentralized, meaning that they do not go through the financial system controlled by central banks. Whenever there is a transaction, it does not go through the plumbing subjected to the fiat currency, allowing anyone to access goods and services without a problem.

Unfortunately, blockchain technology underpins cryptocurrency as a public ledger of activity. This makes it possible to track funds’ movements, making it unsuitable for overcoming sanctions. There is also limited liquidity for high-worth individuals and companies to use, making it a difficult substitute for fiat currency. Therefore, Russians are less likely to use it to escape sanctions.

Can Cryptocurrency Be Used as a Store of Value?

Many cryptocurrency supporters advocate for using major e-currencies such as Bitcoin as a store of value, particularly during a crisis such as the war. Traditionally, gold is used as a store of value. However, people believe a “digital” gold will be accessible to more people than the yellow metal.

When the war started, Bitcoin experienced a considerable jump, even though it had been plummeting for some time. This prompted speculation that it could become a safe haven asset in times of crisis.

However, many industry analysts believe it cannot be used as a safe haven. Unlike gold, which retains value during turbulence, cryptos fluctuate quickly during market upheavals. While some currencies, such as Bitcoin, are maturing, it may take quite some time before they attain the ‘gold’ status.

Have Cryptos Proven Their Worth?

Many proponents of blockchain technology have touted the blockchain as a way of creating traceable and efficient transactions. This is because there are no intermediaries when transactions occur, unlike fiat currency transactions.

During the war, Ukraine has been able to raise over $50 million in donations, all sent using cryptocurrency. It would have been difficult for the country to collect all that money through traditional means. Since it came from different parts of the world, senders would have faced various challenges in moving the amounts via traditional banking.

However, a simple transaction is all that is needed to make a donation with cryptocurrency. It quickly overcame obstacles and delivered the funds to its destination. However, there is still the challenge of high fees and the slow movement of cash when it comes to crypto. Many economies are also yet to adopt e-currencies, making it hard for people to use them in times of crisis.

The Russian-Ukraine war has brought out the true colours of cryptocurrency. It has been seen as a possible way to put cash in the hands of the people that need it in no time and has remained relatively stable even as many currencies go down or become volatile. However, it still has a long way to go before becoming a store of value or gaining universal acceptance.