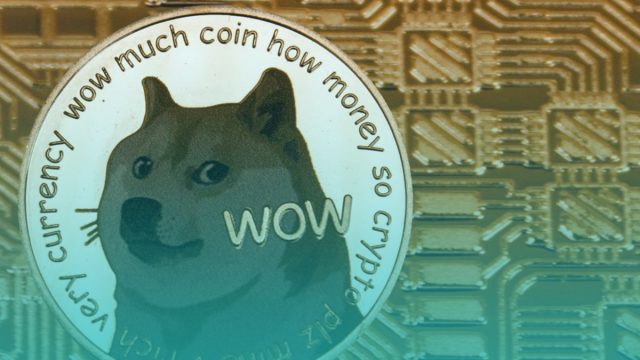 The price of Dogecoin – a meme coin based on a Shiba Inu meme – has increased by around 30% after reports that billionaire and entrepreneur Elon Musk had agreed to purchase Twitter. From a low of around 12 cents, the value of Dogecoin increased tremendously, reaching a price of around 17 cents on Monday 25th April 2022.

Dogecoin (DOGE) was the stand-out cryptocurrency at a time when the rest of the cryptocurrencies – such as Bitcoin, Solana, Ether and Polkadot – were not registering impressive numbers.

What Prompted Elon Musk to Make a Bid for Twitter?

Earlier this month, Elon Musk bought a 9.2% stake in the social media company, but later rejected a seat on its board of directors. Instead, he made it clear that he intended to purchase the entire company. Musk met with Twitter’s leadership during the weekend to discuss the proposal to purchase it for $54.2 per share.

The proposal submitted to Twitter to purchase the social media company was worth a whopping $43 billion. Presently, the meeting has progressed to a point where they could agree on a deal by Monday, according to the Wall Street Journal. But the deal is not 100% completed, and there’s a slight likelihood that it may fall through.

How the Takeover Will Impact Dogecoin’s Value

After the acquisition of the social media platform – which could be announced soon – it is expected that Musk will incorporate DOGE as a supported mode of payment for Twitter’s products and advertisements. He has previously talked about it favorably and supported the token. Therefore, the crypto market is anticipating him to integrate the token into the social media platform’s payment system.

This is the key reason for the rally and why Dogecoin’s value has surged exponentially in the last few days. However, all of these are based on speculation. Why? Elon Musk hasn’t talked about any plans of incorporating DOGE into the social media’s payment system. But the slight possibility, no matter how remote, is sufficient enough to get traders and investors excited about the prospective adoption of the token.

How Much Influence Does Elon Musk Have Over Dogecoin and Other Cryptocurrencies?

DOGE was initially developed as a meme joke in 2013 but has grown exponentially to become part of the top 10 cryptos worldwide by market capitalization. Moreover, the price swings that DOGE and other cryptos experience frequently go hand-in-hand with what Elon Musk tweets or does.

Notably, the value of DOGE spiked by 33% in December 2021 and it was for a reason. At this time, Musk tweeted that Tesla would support DOGE as legal payment for their branded merchandise. This triggered the DOGE’s price to increase from 16 cents to 21 cents.

Another incidence of Musk’s influence in the crypto industry is that, in February 2021, Tesla claimed that it had bought around $1.5 billion in BTC. The auto company also said that it intended to accept the crypto as a legal mode of payment. As a result, there was a rush for bitcoin which increased its prices to staggering levels. However, Musk did an about-turn in May 2021 and claimed that the company wouldn’t support BTC for environmental concerns. This sent the value of BTC and myriads of other cryptocurrencies plummeting.

April 2022 has been quite an exhilarating month for Musk, DOGE holders and Twitter’s board of directors. The month started with the influential billionaire purchasing a 9.2% stake in the social media company. He then rejected a board seat, and instead decided to purchase the whole entity altogether for $43 billion.

The value of DOGE has risen exponentially in the last few days, thanks to this move by Musk. More so, DOGE traders are anticipating that Musk will integrate the meme coin into Twitter’s payment system. This is the main reason why the token’s value is skyrocketing.

Mitchy - April 12, 2022
The wealthiest man globally, Elon Musk is now Twitter Inc.'s biggest shareholder. This is after buying a 9.2% stake in the social media company,...