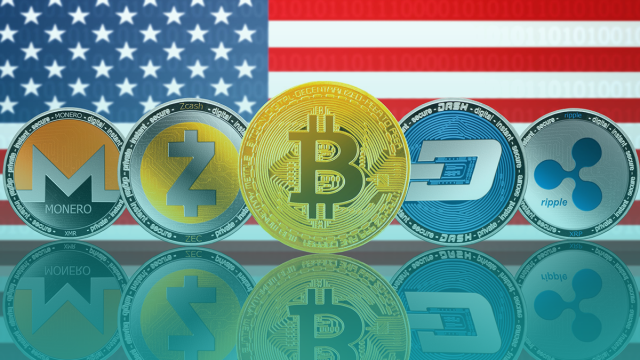 The US president Joe Biden is set to sign a crypto executive order that will cause changes in digital assets in the country. The signing of the order will also affect or cause significant changes for the country’s currency as well. The president was set to sign it in January despite the order being in works for a couple of months.

Impacts of the Cryptocurrency Executive Order

The order will most likely affect the United States positively. Here are a few impacts of the cryptocurrency executive order.

The Government will develop Interest to Study Cryptocurrency and its Effects

The president signing the new cryptocurrency executive order creates a new interest of federal agencies and their different responses to the whole cryptocurrency issue. That will mean, from time and again, they will have to provide a detailed report to the White House concerning all their actions in managing cryptocurrency and any type of Non-fungible tokens.

Ideally, this will be quite different in all agencies. For instance, at the state department, they will have to create different policies of how the US government will work with other foreign nations to control cryptocurrencies and basically all its operations in the international borders.

Vital issues of cryptocurrency trade across international borders may include the United States maintains a united policy with all its allies. It will prevent any form of misunderstanding that may affect its trade in cryptocurrency.

Different agencies like the Treasury Department will have the duty of analyse the use of cryptocurrency mostly in areas regarding financial crime and how it affects the environment. Each agency will have a vital role to play in the new cryptocurrency executive order.

Since not everyone is in support of cryptocurrencies and NFTs, with the new executive order in place, they will have no choice but to get to learn even the smallest details of its operations. In as much as they will be dealing with a digital currency that they do not have interest in, they will also have a good chance of getting to know it better. Maybe this will change their perspective.

Launching of a Virtual Currency

The executive order encourages agencies and the Federal Reserve to study on the possibility of creating a digital currency that is currently becoming quite popular in the different nations.

Earlier in January, the United States Federal Reserve gave a report on a study they undertook on the virtual currency otherwise known as the “digital dollar”. The report entailed details such as the merits and demerits of the digital currency. They were also keen to focus on how the digital currency will impact lives of its citizens. The virtual currency will create a safe payment option environment for both businesses and households since the payment systems in the world continue to change due to technology.

In as much as the virtual currency may seem like a good idea for the country to embrace, it still has its repercussions. The Federal Reserve fears that the virtual currency could alter the structure of the U.S financial system. The change will in turn negatively affect roles and numerous responsibilities that the private sector and the central bank ought to play.

What does it mean?

If you consider the executive order, it seems to be neutral in its operations. It means that, there are chances that the U.S government might not ban the use of digital currency technology the way countries like China have.

Additionally, the new cryptocurrency executive order does not put any restrictions on the use of cryptocurrency in the United States and this could be a good thing because it could mean that, such old rules and regulations will be long gone in the coming times.

The signing of the new order by President Joe Biden indicates that there will be massive changes in how his government will be dealing with technology such as cryptocurrencies. Such technologies have engineered development in businesses worldwide but mostly in the private sectors.