Home NFT News Beyond the Hype of the Invisible Friends NFT 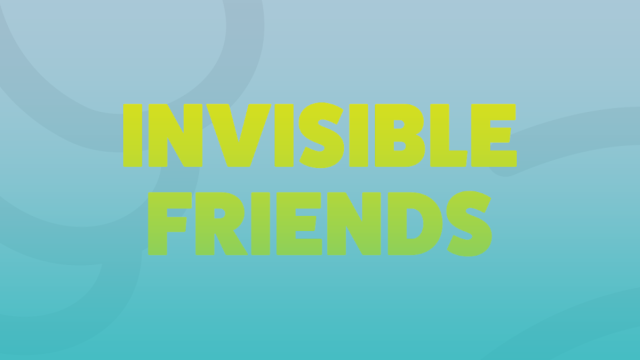 The revolutionary technology of non-fungible tokens comes as a gamechanger to the world of digital assets and art. While some industry experts and artists remain sceptical about these digital tokens, the Invisible Friends NFT has held ground on its financial viability. To say the least, the Invisible Friends project has gained much attention globally, securing a slot in the NFT whitelist. Not to forget the buzz of minting the collective NFT running within the walls of crypto trading. But what is this craze all about?

Here is a quick look into Invisible Friends beyond its market hype.

What was initiated as a support community has radically transformed into one of the most sought-after NFTs in the industry. Invisible Friends, a creation of Swedish-creative, Markus Magnusson, is an animated art initiative featuring some of the anticipated projects in the NFT sector. In collaboration with Random Character Collective, the project dresses avatars with almost everything, including rocket launchers, accessories, and fancy wear.

The fact that Invisible Friends appeals to a wide range of enthusiasts, the brand has garnered a huge following on its social media networks. Today, Invisible Friends NFT has a membership of over 300,000 on Discord and more than 500,000 followers on Twitter, numbers that may grow post-launch.

There seems to be more than just tokens when enrolling in the Invisible Friends Community. Talk of great artwork, fun and humour, and investment – there is literally everything a creative would need to thrive. These dimensions, coupled with the brand’s huge following, explain why Invisible Friends has easily earned a Whitelist ahead of its official commissioning.

Recently, the demand for Invisible Friends NFTs has grown strongly, pushing the valuation of some of the tokens to as high as 13 to 19 ETH. The hitting of these floor prices has triggered positive reactions among different investors, as many perceive a promising future in Invisible Friends NFTs.

Around late February 2022, one Golden Invisible Friend sold at 496.69 ETH, an equivalent of $1.3 Million, during the Random Character Collective Charity Auction. Since then, Invisible Friends Collection has earned over $22 Million in NFT trading and investments.

Hiding in the Metaverse

As the world shifts towards an iteration of the internet in what is now known as the Metaverse concept, it seems like Invisible Friends is here to set the pace. The project takes pride in its capacity to pioneer the meta revolution; a proposition made clear in its slogan ‘Hiding in the Metaverse.’ The evolution of avatars in the metaverse makes Invisible Friends collections one of the missing pieces to realizing this new digital space.

Invisible Friends maintains a record of being some of the most anticipated non-fungible tokens in history. Its launch weeks ago saw the value of every collectible soar in compounded percentages. For entertainment enthusiasts, the launch of Invisible Friends is both an opportunity to make money while having fun.

Since the release of the minting date for Invisible Friends on 23rd February 2022, investors have had the opportunity to mint these collectibles at a price of 0.15 ETH. Surprisingly, by the close of business on 24th February, over 98% of the NFT had been minted by the time the launch was going to press.

However, purchases of Invisible Friends can be made via secondary markets, such as OpenSea. Like any other non-fungible token, buyers will require an extension-based, digital wallet loaded with Ethereum. The wallet facilitates the cost of specified Invisible Friends and associate gas charges.

Like most cryptos, the promise of great returns from investing in Invisible Friends NFTs sounds more like a temporary hype. However, looking at the charts in the last two years, the demand for these NFTs has maintained an upward trend. Also, judging NFTs released by Random Character Collective, the projection of Invisible Friends to grow in the future is rather positive. Again, like any other investment, diversifying Invisible Friends with other NFTs or financial assets may come in handy.