Home NFT News What Are CryptoKitties and How They Work 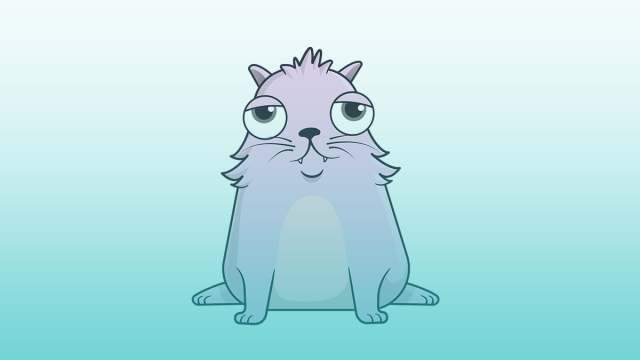 CryptoKitties is a game that is built around the Ethereum network. In the game, players buy, breed, and trade cats in a bid to create desirable traits. This game looks similar to digital games like Tamagochi and Pokemon. However, unlike these games, each CryptoKitty is unique as it is represented by an NFT (non-fungible token).

This is a pioneering technology that has been used to create fun among the crypto community. The game has also highlighted how Ethereum works, especially the use of its blockchain for scaling.

How Do CryptoKitties Work?

As explained above, CryptoKitties are non-fungible tokens that are built using the ERC721 token standard. Before the introduction of the token, all the tokens on the blockchain were fungible or interchangeable, which means each token was identical to the other. The makers of CryptoKitties were made to explore the idea of digital scarcity using ERC721 tokens and Smart Contracts.

Each of the Cryptocurrencies has a unique digital genome that is stored in the smart contract. You can breed two CryptoKitties using a generic algorithm. The resulting offspring is produced with its unique attributes, also called cattributes. These attributes include the phenotype or the visual appearance, which is determined by the immutable genotype that is stored in the said smart contract.

How to Buy a CryptoKitty

A CryptoKitty transaction is similar to buying and selling a cryptocurrency. Therefore, you need to have a cryptocurrency and a device such as a mobile device or a computer. You will then buy some Ethereum with the wallet.

Once you are all set, head over to a CryptoKitties marketplace to buy a cat. Go through the available kitties and pick one that fascinates you. Then, check if you have enough ETH in your wallet to buy the cat and complete the transaction. When you start the buying process you will be met with a Dapper transaction window to finalize the purchase.

Most of the marketplaces allow you to bid for CryptoKitty even if it is not available for sale. If the owner likes your offer, they may decide to sell it to you or ask for a higher price.

What is the Average Price of a CryptoKitty?

The price varies from one cat to another. However, there are high-priced cats on the internet. One of the most expensive is called Genesis, which was sold at $114,481.59 at some point in the past.

How to Breed CryptoKitties

To breed your own CryptoKitty, you need to get a breeding pair. Either the cats can as dame or sire. The sire requires a short period of recovery after breeding. However, this period goes up after each breeding. On the other hand, the dame will not breed until it has taken care of its kitten.

Then, click ‘sire my kitties’ before picking another cat. The second cat will act as the Dame. Once you hit the ‘ok’ button, it will take a minute for them to give birth to a ‘baby’ in a transaction. If you do not wish to sire a baby with your cats, you can have a baby sired by a public sire. However, you will be charged a small fee for this transaction.

The original CryptoKitties were built on the Ethereum platform. However, they started reproducing at a very high rate. At some point, they account for almost 15% of all transactions on the platform. By October 2020, there were kitty sales that stood at over $21 million. This is where problems started to occur.

This is when CryptoKitties decided to move to a dedicated platform called flow. Blockchain technology was able to provide room for reproducing the digital cats and adding more features to the game. Some of the popular new features introduced included 3D designs and animations, free-to-play capability, the ability to use the kitties in other games and a scaled platform where many people could transact at the same time. Today there are various editions of the blockchain game and various custom branded designs that go with it.