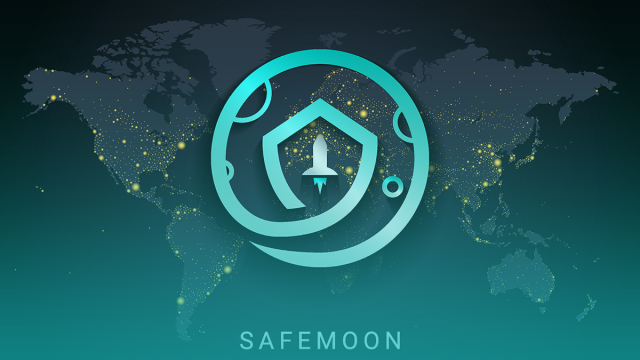 Over the past year, SafeMoon has gained a tremendous following, with millions of investors holding the tokens. In May 2021, the company recorded its all-time highest market value of $ 5.75 Billion. However, cryptocurrency has fallen from its all-time high by more than 72 percent in the past few weeks. SafeMoon market cap is approximately $380 Million. Although the coin has been highly volatile since its introduction, it still has a bright future. Continue reading as we delve deeper into SafeMoon price history and its price prediction in the current and coming years.

Ever since its inception in March 2021, this coin has been highly popular thanks to influencers and numerous enthusiasts on social media. This meme coin was created on the Binance Smart chain, a Blockchain platform built to run smart contract-based applications parallel to the Binance chain. The Founder of this crypto company is John Karoly.

SafeMoon launched with 777 trillion tokens, each going for $0.0000000010 per token. The most distinctive feature of this cryptocurrency that differentiates it from others is that it encourages investors to hold the token rather than sell it. Users are charged a 10% fee for selling the token. 4% get redistributed as rewards to all token holders, 3% added to the liquidity pool, 2% go to coin burning, and 1% to the Ecosystem Growth Fund. The fee stands to discourage selling and encourage long-term holding. It is also rewarding to the holders of the coin.

Several crypto influencers have accused this token of being a scam coin, allegations that insiders deny. However, recently, the token has been plagued with several fraud allegations that have significantly dropped the coin price. The former Chief Marketing Officer Ben Phillips is accused of running a pump and dump fraud. The recent accusation about coin is by a Youtuber Stephen Findeisen (commonly known as Coffeezilla). The YouTuber claimed that the cryptocurrency token is a scam scheme. He further alleged that the company’s founder, CEO, and lead developer are actively stealing vast amounts of money from its investors. The accusations followed the stepping down of the company’s Vice President, Charles Karoly.

Despite the drop in SafeMoon price, things are happening in the company that is most likely to switch the crypto price up.

EverGrow Coin (EGC), a deflationary token, partnered with SafeMoon in early February 2022. Lately, ECG has been growing in market share with more and more market participants transacting using the coin. The partnership made ECG swaps available in the SafeMoon wallet, and crypto analysts project it to spur the SafeMoon price.

On 21st December 2021, the coin upgraded protocol (v2). The V2 upgrade enhanced the token’s accessibility, quality, and security. The tokens community and investors anticipate the coins price to spike up from the recent drop. Furthermore, the tokens contracts will have different use cases pushing SafeMoons adoption and price higher with the upgrade.

Even though SafeMoon price has trickled down over the past few months, generally, it has a bright future. Furthermore, being a meme coin, the token is subjective to many price swings. However, it’s hard to forecast the price of crypto due to its volatile nature. Assuming the recent trajectories continue and the adoption of DeFis keeps on growing, the price of this token can rise to the $0.0001 level by the end of the year. While by the end of 2023, the token price is predicted to be at the $ 0.1 level and above $1 by the end of 2025.

Overall, SafeMoon has a bright future and is an excellent option for anyone looking for crypto to offer good returns in the future. The token price is expected to rise, surpassing the $1 level by the end of the year 2025. And because the token is a player in Defi (Decentralized Finance), as this grows, SafeMoon’s price is expected to increase accordingly. Also, the recent upgrade and partnership with EverGrow coin are expected to push the tokens.