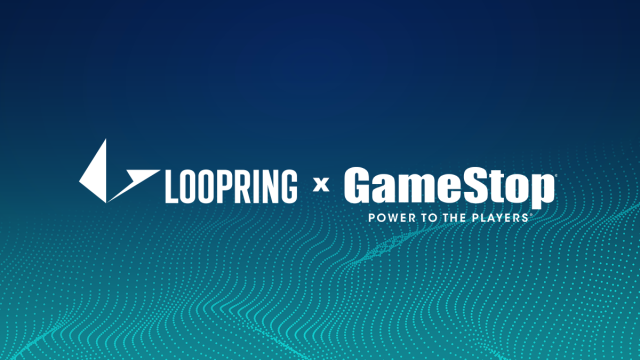 Loopring’s native token, LRC, rose in the digital capital market on Wednesday in the wake of Ethereum scaling network releasing an update on its collaboration with GameStop;GME, the video game company whose price behaviour was unpredictable and sometimes controlled in early 2021.

The price of the LRC token has risen by 27.86% in the last 48hours to $1.11. For cryptocurrencies with at least $1 billion in market capitalisation, Messari’s analysis showed that March 23rd, 2022, was the day’s most significant rise.

Why is Loopring an excellent partner for Gamestop?

The GameStop NFT Marketplace has made its initial steps in welcoming users, and it’s formulated on Loopring! GameStop is adopting the crypto world as it shifts its business model away from tangible items, and it’s long tantalised NFT marketplace has now come to fruition. The merchant began a beta test with limited capabilities on March 23rd, 2022.

Using Loopring’s layer-2 scaling solution, users may now add funds to the platform by connecting an Ethereum wallet such as MetaMask. In addition, users may customise their display name and profile, but other than that, there is no way to trade NFTs right now.

In contrast to Ethereum’s blockchain, Loopring’s layer-2 technology is quicker, less expensive, and more energy-efficient, while it inherits the Ethereum mainnet’s security features.

In this case, Loopring employs zkRollup technology, which bundles up thousands of transactions and commits them to the Ethereum mainnet in one significant transaction.

GameStop’s NFT ambitions were disclosed in the fall of last year when internet detectives spotted references to Loopring technology and other possible signals in the growing marketplace coding. Consequentially, Loopring’s LRC token price soared by more than 200 per cent in a week.

It “can place itself at the vanguard of this new era and become the option for the international digital economy,” noted Browman.
According to the post, those who want early access to the site can create profiles and usernames and deposit money into it.

What Exactly Is Loopring, and Why Has It Been So Popular?

Loopring is a layer two blockchain project that functions with Ethereum, a layer one blockchain, to handle fast and low-cost transactions.
For little than $1, you can mint NFTs directly on Loopring [layer 2] while retaining Ethereum L1 security,” Browman noted.

Since at least November 2021, rumours have circulated that Loopring and GameStop could be collaborating on a metaverse-related venture, and The Wall Street Journal claimed in January that GameStop was going to develop a new division dedicated to trading non-fungible tokens.

GameStop’s NFT ambitions were disclosed last year when internet expert detectives spotted references to Loopring technology and other possible signals in the growing marketplace coding. As a result, the price of Loopring’s LRC token soared by more than 200 per cent in a week.

GameStop’s revelation may be confounding to those following recent NFT news from the retailer. Immutable X is a competing layer-2 solution to GameStop’s NFT marketplace powered by a $100 million token incentive fund for game creators in early February.
The retail gaming mainstay is playing a carbon-neutral role in Web 3 with no scarcity of money.

This proves that both layer-2 technology vendors will power GameStop’s NFT aspirations. GameStop and Immutable are collaborating to get NFTs from game developers for the global market, and yesterday Immutable tweeted a thread stating that the two companies are “preferred partners.”

The company claims that game developers and NFT designers have contacted Immutable in droves regarding its IMX token incentives.
Immutable remarked that the GameStop marketplace would operate as an aggregator among NFT minting systems.

In February, GameStop publicised that Immutable X would be its major NFT partner. However, the small print hinted at the prospect of more NFT partners. At the time, Loopring was mentioned.

By the end of July, GameStop confirmed that it would be launching an NFT marketplace on its website. The video game shop said in late 2021 that it had employed scores of professionals with e-commerce, blockchain gaming, and technological experience.