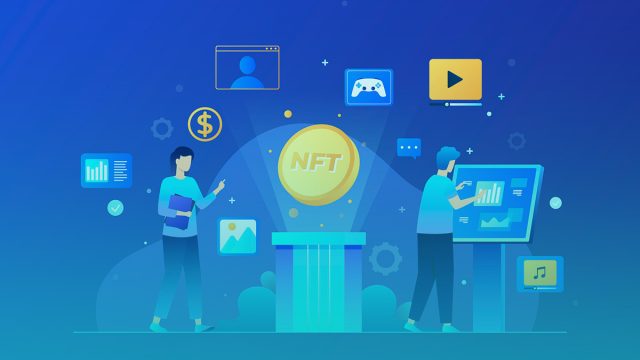 With the booming of the NFT space, we have seen many companies work hard and strike deals to take advantage of the situation, and GameStop and Immutable x have not been left out. The two companies are partnering to launch a non-fungible token (NFT) marketplace sometime this year. With the NFT marketplace, GameStop will expand to a company that handles web3 tech and cryptocurrency.

Together with the announcement of the partnership, they announced the creation of $100 million funds that will give grants to game studios and developers using the new GameStop NFT marketplace. Through this fund, they will promote and help them build the new upcoming NFT marketplace.

GameStop has been interested in blockchain technology for some time, but last year is when they made their joining intentions. The company put out advertisements for various jobs, including the head of Web3 gaming and several positions that were NFT based.

Well, one way to describe NFTs is that they are a way to show or prove ownership for in-game items. With this, players can trade their items outside in an approved marketplace like one of the many in-game auction houses. Many play-to-earn games have adapted the use of NFTs and cryptocurrency to run an economy in-game, and these cryptos and NFTs can translate to real money for players involved.

The NFTs Market Situation in the Past Few Years

In 2021, NFTs had an enormous boom, as their sales nearly got to $25 billion, a massive increase compared to the $94.9 million it hit in 2020. The massive difference in a year can be attributed to the increase in the popularity of crypto assets.

What the New GameStop NFT Marketplace Will Be Built On

The new GameStop NFT marketplace will be built on Immutable x, a platform based on one of the most popular crypto blockchains. By partnering with immutable x, a platform popular for the NFT trading card game ‘gods unchained’, the company will ease the problem facing Ethereum — massive energy consumption and the inflated associated “gas fees“, which increase the costs of processing transactions to absurd levels).

This protocol will put together hundreds, or even thousands, of sale records and make them a single transaction put into the Ethereum blockchain. With this, immutable x has promised to pay for carbon offsets and use them as a makeup for the environmental costs it incurs.

How the Partnership Will Affect Developers

GameStop’s partnership with immutable x will lead to higher transaction rates for developers but with zero fees on gas and other expected costs. This is great as they will trade and mint NFTs in a carbon-neutral environment, given that immutable will handle all the environmental costs.

Immutable’s existing partners are expected to promote, support, and boost the initiative by GameStop since companies that already use immutable x will showcase their NFTs on the expected new GameStop NFTs marketplace.

On Reducing the High Gas Charges

Many companies believe that games that use blockchains and NFTs are less successful because of the exorbitant gas fees, and so does GameStop. Some fees are just unexplainable. Getting a gas fee of $50 for a $5 transaction discourages the users from making purchases. However, GameStop believes that by partnering with immutable x, they will have access to Ethereum’s ecosystem of NFTs while not having to face the high gas charges that come with NFTs.