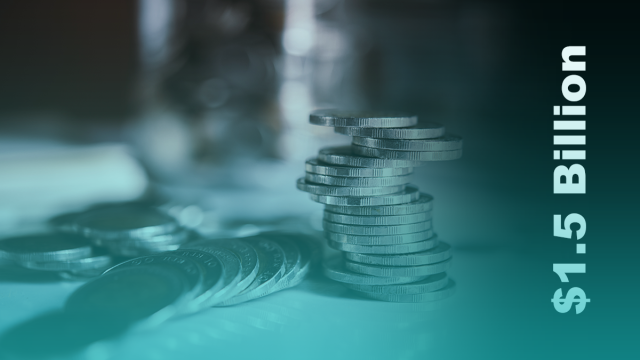 Katie Haun, a crypto investor and board member of OpenSea and Coinbase, announced on Twitter that she raised $1.5 billion for Haun Ventures. This news marks the largest debut venture fundraised by a solo female founding partner. In addition, the amount raised by Haun broke Mary Meeker’s record—a former investment banker who made headlines after raising $1.3 billion.

In her statement, Haun said her firm would use the money to fund both the early and growth stages of Web3 projects. In specifics, half a million will support early-growth stages while $1 billion will fund acceleration stages. She also added that the firm’s goal is to have the project it supports reach more than one billion people. Huan also added another comment stating that the firm is interested in shaping the government policy and public opinion regarding crypto and Web3 projects. Web3 is a more decentralized internet vision powered by cryptocurrencies, blockchain technology, and nonfungible tokens (NFT).

The Haun Ventures has a team of professionals that she brought from Andreessen Horowitz—a $2.2 billion crypto-focused venture fund. The team consists of talented individuals from Andreessen Horowitz, including Rachael Horwitz and Tomicah Tillemann, who were her colleagues. She also brought the former head of media relations for crypto, Nick Pacilio.

Haun served as a federal prosecutor in the United States Department of Justice for ten years. During her tenure, she created one of the government’s first Crypto Task Forces and led the Justice Department’s investigation into the Mt. Gox hack.
She acquired her knowledge about crypto while working at the Department of Justice. Haun also helped the government buy crypto in 2013 while working at the DOJ as a federal prosecutor in 2013.
In her statement regarding the task force, she stated that it became clear to her that the vast potential for these technologies could be used for good or bad. After a while, Haun left the DOJ and made the bold move to pursue a career in cryptocurrency.

The Start of Her Crypto Career

In 2017, she joined the board of directors for Coinbase, where she met Chris Dixon, with whom she managed and helped Andreessen Horowitz’s dedicated search for crypto funds. Haun became the first female general partner at the company when she joined in 2018. She quickly emerged as a power player and a force to reckon with in an industry primarily dominated by men. Yet, after joining the firm, she said she didn’t fit the mold of the traditional venture investor.

However, Huan left the firm in December the same year to focus on her own Web3 and crypto-focused fund. She brought a handful of employees with her to start Haun Ventures.

Since its establishment, Haun Ventures has made about 10 startup investments. These include the celebrity-focused Autograph—an NFT company, Aptos— a blockchain builder, OpenSea—and NFT marketplace, and crypto lender Moonwell. In 2021, Huan became a board member of OpenSea. In addition, she has recently become a board member of Autograph, including Apple Inc. Services are headed by Eddy Cue and football star Tom Brady.

Her Value in the Crypto Industry

Haun’s contribution to the crypto industry is evident in her hiring and governance efforts. Some of her partners and endowments include financial service companies and political insiders who help her build connections with government officials in Washington. These officials also help her tackle regulatory and political issues in time. She also works with startups to develop strategies that make new products more mainstream. Besides, her efforts in establishing a crypto task force will help make Cryptocurrency investments and transactions safer for everyone.