Home Crypto News International celebrities and public figures that have jumped on the crypto bandwagon... 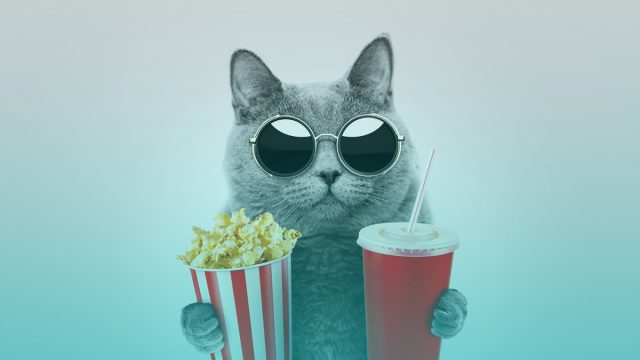 In recent years, the crypto space has seen a lot of growth. Many people have gained a better understanding of cryptocurrencies and what they are all about. Developers and merchants have also become accepting of crypto payments. Certain nations, like El Salvador, have gone as far as to approve cryptocurrencies as legal tenders. The success of the crypto market can be attributed to several elements, including endorsements from public figures and celebrities. Below are some international celebrities that have ridden the crypto wave in 2021;

Nayib Bukele is the president of El Salvador. Bukele has played a significant role in El Salvador’s adoption of Bitcoin as a legal tender. He has also promoted the construction of relevant infrastructure for mining Bitcoin and promoting the Bitcoin Economy. He has taken to social media platforms like Twitter to announce and promote various bitcoin-driven initiatives by his administration. The Nayib Bukele administration has adopted the unpopular route of procuring Bitcoin each time its market value declines. The gains the country gets from Bitcoin are used to fast-track its development. Nayib has been one of the biggest advocates of the crypto market.

Elon Musk is one of the most famous individuals in the world. He is known for his outspoken personality and his success, being one of the wealthiest individuals in the world. The owner and CEO of SpaceX and Tesla started showing his support for the crypto market in 2020 when he publicly endorsed Dogecoin. His support went beyond publicly endorsing the cryptocurrency. He committed to accepting Dogecoin payments for various products and services offered by his companies. Following Elon’s public support of the crypto, the Dogecoin surged multi-fold. In 2021, Elon did the same with Bitcoin. In addition to publicly endorsing Bitcoin and accepting Bitcoin payments for his company’s products, Elon went as far as to buy a stake in the Bitcoin company. This also led to significant growth of the Bitcoin token. Elon Musk has taken to Twitter multiple times to promote cryptocurrency in 2021.

Kim Kardashian is undoubtedly one of the most influential personalities globally, with over 350 million followers from different parts of the world. She jumped on the crypto bandwagon by promoting Ethereum Max, an untested crypto token on her Instagram account with more than 270 million followers. The business mogul and reality star previously used her Instagram platform to promote physical Bitcoin chips at a charity poker event. Her involvement in the crypto space has sparked some controversy as she has been accused of promoting fraudulent tokens.

Paris also jumped on the crypto bandwagon in 2021 by announcing that she invested in Bitcoin and Ether back when BTC was valued below 1000 dollars. The American public figure and mogul went as far as to name her pets Crypto Hilton and Ether Reum. She announced these names on her official Twitter as part of her public endorsement of the crypto market. In April 2021, Paris Hilton also announced her excitement about NFTs on her Twitter account.

Snoop Dogg takes pride in being among the earliest adopters and promoters of lifestyle merchandise, digital products, and technology. Therefore, it is no surprise that he is among the public supporters of cryptocurrencies. However, Snoop was a little late to jump on the bandwagon with cryptocurrencies. Snoop Dog entered the crypto market by collaborating with NFT in a project known as “Decentral Eyes Dogg.” His mainstream popularity and international appeal have prompted many crypto creators to partner with him to promote their digital tokens. He recently displayed his public support for Dogecoin.

Lionel Messi is an international soccer legend and one of the most high-profile global players. Messi got into the crypto market in 2021 by signing a deal to join the Paris Saint-Germain football club. Part of his salary package includes payments in the club’s fan crypto tokens. Fan tokens are a growing phenomenon aimed at increasing fan engagement by allowing them to weigh in on club decisions. Famous clubs like Manchester City and AC Milan have also introduced this phenomenon.

American rapper Soulja Boy has shown public support for cryptocurrencies like Bitcoin via his official Twitter account. He has also shown his support for the market by selling “Crank That”- branded NFTs. The rapper also publicly disclosed being a partial owner of Binance Coin, Tron, and Altcoins. His support for the crypto market goes as far back as 2018 when he released a song called Bitcoin. In the song, he raps about making a lot of money from Bitcoin. After he revealed getting paid to promote unestablished crypto projects, Soulja’s involvement in the crypto space has also attracted some controversy.

This chess grandmaster is among the younger starts to promote cryptos via various chess-centric events and initiatives. Magnus and other players have competed for NFT trophies and accepted prizes in cryptos and Bitcoin. He is also the world’s first Bitcoin Chess Champion.

The involvement of celebrities in the crypto space has significantly promoted the market’s growth. It has encouraged conversations about cryptocurrencies and led many people to research cryptocurrencies. Several other public figures from different parts of the world have also shown interest in the crypto space by either publicly endorsing crypto products or asking questions and initiating conversations about them on their social platforms.