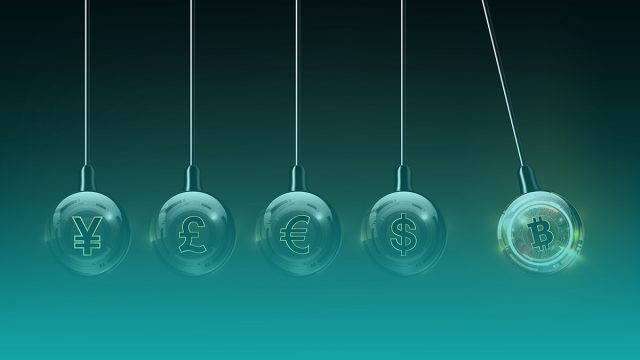 The year 2021 has seen Bitcoin going mainstream. Wall Street, led by Paul Tudor Jones, a hedge funder, has its eyes set on the world of crypto. But, many people are still of the opinion that cryptocurrency is a giant, worldwide get-rich-quick programme. Others dismiss it as a fad driven by speculation or a criminal enterprise. However, in the middle of the hype, the zeal, and the noise, we are losing an essential narrative: how cryptocurrency transforms lives in developing countries.

In 2015, the country had an internet penetration of less than 40%, but in 2021, it is estimated to be 70%-80%. Like most shoppers, Cubans desire to buy and sell items online, but unlike others, they cannot transact using a credit or debit card. Cuba has been under US sanctions for a long time, alienating them from the global financial system. For example, they cannot pay for a web hosting service or buy a domain name using a card. This leaves with only one option of partaking in online commerce: cryptocurrencies.

Necessity is the mother of invention. Cubans have discovered solutions to this problem through a platform such as Bitrefill. This is a site selling Spotify gift cards for cryptocurrency. Bitrefill data reveals that as of June 2021, the demand for Cuban digital products using cryptocurrency is four times higher than the US for similar products. Cuba has greatly embraced crypto to the extent of Cuba’s Communist Party instructing the Central Bank of Cuba to control crypto use and identify ways the government can use crypto to evade US sanctions. Ironically, the US State Department is looking at how crypto can create remittance networks that sidestep the heavy taxes obtained by the Cuban government.

In this country, Bitcoin is legal tender. The president, Nayib Bukele, proclaimed that the government sponsored Bitcoin has more users than the country’s entire banking system. Recognizing Bitcoin as legal tender gave a lifeline to thousands of citizens without bank accounts.

Bitcoin wallets in El Salvador partly operate on the Lightning network, which is a platform that allows faster and cheaper crypto transactions. In any Salvadoran Starbucks and McDonalds, you can instantly pay using Bitcoin, which sounds exciting and futuristic. Nevertheless, President Bukele has been accused of manoeuvring recklessly to make El Salvador a sanctuary for Bitcoin-rich entrepreneurs and criminals. Polls show that most Salvadorian workers worry about being paid in unpredictable Bitcoins. It remains to be seen whether Bukele’a crypto gambit will be remembered as the masterstroke of modernization or the foolishness of an autocrat.

In Venezuela, Bitcoin is gradually becoming an essential component of the economy. Because of currency controls, the country’s banks are cut off from the rest of the world. Therefore, Bitcoin is used for business transactions in and out of the country via peer-to-peer markets, enabling easy exchange of Bitcoin to cash. The effectiveness of these markets was proven in 2019 through a natural experiment when a massive electricity outage occurred in Venezuela. During the blackout, Bitcoin trading volumes all over Latin America significantly tumbled. Currently, peer-to-peer crypto markets are recognized as a significant element of the foreign exchange market in Venezuela.

The actual frontrunner in Bitcoin trading is Sub-Saharan Africa and not Latin America. UsefulTulips, a peer-to-peer Bitcoin tracking website, reports that sub-Saharan Africa trading volumes in Bitcoin are currently equal to North America, and they are expected to exceed them soon. Detected volumes are estimated to be $20 million a day, although the actual figures are probably multiples higher. In Nigerian government has enforced strict capital controls making it next to impossible to move value across borders. It is, therefore, not unforeseen that Africans are gradually moving to crypto transact internationally.

Crypto is being used as financial technology, and it is now in use from a cultural perspective. There is a lot of information about NTFs, which are virtual assets promoted by celebrities and artists such as Paris Hilton and Snoop Dogg. Crypto gaming is a lesser known phenomenon where gamers spend countless hours online to own in-game assets. Gamers engage in Runescape hats, Warcraft gold, and Counter-Strike skins.

Crypto games promise to transform virtual objects into unique cryptocurrency tokens for gamers to deposit in their digital wallets and probably trade or transfer to other platforms as their firm properties. The most popular crypto game is Axie Infinity. This is a Vietnamese game, which is play-to-earn, and it has about 350,000 active users daily. Gamers can engage in farming, buy land, breed imaginary critters, and complete quests to participate in an in-game economy. You can easily exchange tokens earned in Axie Infinity’s in-game for cash. For example, playing this game in the Philippines and Venezuela is the primary income source for many people. One thing that makes crypto appealing is that it is open to anyone who is tech-savvy.

Popular opinion in developing countries remains that cryptocurrency is the domain of drug dealers and Wall Street figures. Policymakers and regulators partially share the belief, even as strict regulations and crackdowns are announced worldwide. But still, in the Global South, there’s an increase in the number of people choosing to use crypto to help them protect their wealth from arbitrary restrictions, tyranny, or confiscation. Whatever your perception of crypto, you should not ignore the positive and essential role in developing countries.