Home Cryptocurrency News Why Cardano will Rise in 2022 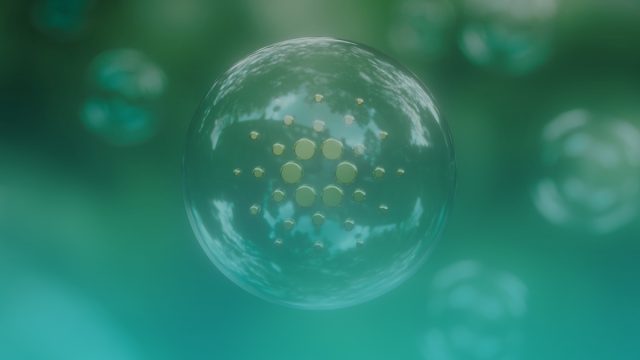 Cardano is a decentralized public blockchain and cryptocurrency project announced in September 2017. The Cardano team consists of Charles Hoskinson (co-founder of Ethereum), Jeremy Wood (head of operations at IOHK), and Ken Kodama. Cardano is often described as a 3rd generation blockchain technology, after Bitcoin and Ethereum. But what makes Cardano different? Here are the things that make Cardano different and how they will impact the rise in 2022.

The success of Cardano lies with the IOHK team, who are committed to scientific research and engineering. Their team members come from universities worldwide like the University of Edinburgh, Tokyo Institute of Technology, and many more. This brings together well-rounded individuals that can build up Cardano into something huge.

The Cardano Foundation is an independent standards body based in Switzerland that protects and promotes the Cardano Protocol technology. They are responsible for working with authorities on regulatory issues, commercial partners, and other projects in the ecosystem. The Foundation also spends resources informing about Cardano through general educational materials. There is also a grants committee that distributes community and marketing funds to support the Foundation’s mission.

Daedalus is an open-source desktop wallet created by the team at IOHK specifically for Cardano. It stores, send, and receive ADA. You can download the Daedalus wallet for Windows, Mac, and Linux operating systems.

The open-source, fully decentralized Cardano blockchain is the main portion of the project developed by IOHK. It allows for secure and decentralized storage and transfer of value on-chain with units referred to as ADA.

The Cardano blockchain records transactions through Recursive InterNetwork Architecture (RINA) technology. As the name states, this architecture is built from smaller parts that connect to similar parts until you get to network or node levels. RINA can be described as a graph of vertices and edges that form the network’s structure.

What is proof of stake?

The goal for every blockchain is to become the most secure network possible while still maintaining decentralization. This can be achieved by using concepts like proof of stake, where instead of wasting computational power doing pointless calculations ( as seen in the proof of work), the network uses that same computational power to run useful applications.

Ouroboros is the name given to Cardano’s proof of stake algorithm. Ouroboros was developed specifically for Cardano, and it defines how slot leaders are generated within the blockchain and how blocks are added to the blockchain. It aims to ensure that all participants in the protocol follow the protocol rules and provide a secure ledger of transactions without manipulating the incentives offered by economic rewards and penalties.

The Cardano roadmap is well-planned and highly detailed. Their short-term goals (between 2017 and 2018) focused on strengthening the core technologies and research and finalizing their wallet. The longer-term vision (2019 – 2023) revolves around promoting Cardano in different industries and developing a treasury system to ensure the sustainability of Cardano moving forward.

For Cardano to truly be a 3rd generation blockchain, it needs interoperability with other blockchains. It also must solve the problem of atomic swaps between cryptocurrencies that exist on separate blockchains. This makes it possible for someone who holds Bitcoin, for example, to trade their BTC in exchange for an equivalent amount of ADA on the Cardano blockchain.

Transaction fees in cryptocurrencies can be a complicated topic as it is often dependent on a number of factors, including the number of inputs and outputs used per transaction and the overall network congestion or “transaction queue”. The Ouroboros protocol can determine optimal values that maximize the efficiency of a certain transaction, removing the need for users to worry about these technical details.

The Ouroboros protocol can be mathematically proven secure due to its use of game theory and formal verification. This allows it to achieve consensus through the proof of stake algorithm without compromising security. Since price is directly related to the demand, having a secure method for tracking transactions on an immutable ledger makes Cardano more valuable over time.

Sidechains are independent chains that can be attached to the main chain later through some sort of consensus. This enables ecosystems to interact with each other without compromising security while using their tokens for payments.

Conclusion: The Future of Cardano

Even though Cardano has just recently come to market, it’s clear that the team behind this project is well connected and highly respected. This ensures high levels of professionalism throughout all development phases, regardless of whether it’s marketing or otherwise.