Home Crypto News Amazon Crypto Token: Is It Ever Going To Happen? 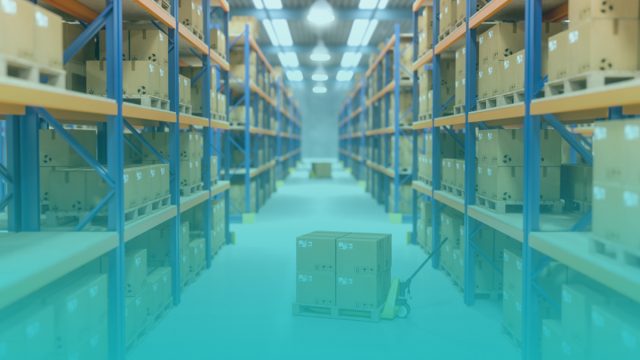 Today, almost everyone seems to be ready to join the cryptocurrency world. That has triggered Amazon to come up with a plan of launching their digital coin token in 2022. This might be happening due to demand forces in different parts of the market served by the company.

At this point, there’re no precise details on the token, so it might be still too early to make some claims. But what’s true is that the company is currently working on its blockchain so that it can build its own cryptocurrency.

According to the emerging details, the digital coin will be launched in 2022 and will be one of the game-changers in the world of crypto. Based on an article published by FinTech Magazine, Amazon posted a job ad looking for a new Head of Digital Currency and Blockchain.

That means we should expect a huge surprise in 2022 since things have been moving fast in the past few years.

Based on the ad posted by Amazon a few weeks ago, the company is clearly searching for a highly experienced product leader. The best candidate will have the task of developing Blockchain and cryptocurrency for Amazon. It’ll also be the work of the Head of Digital Currency and Blockchain to come up with a good strategy and a roadmap that’ll see the project through.

This is a carefully planned response to the stiff competition Amazon faces from other tech giants, such as Facebook/Meta. Facebook has also recruited a team of IT experts to come up with a blockchain concept. It seems like the world of digital currency has become inevitable. Thus, to remain relevant in the market, it’s a concept that Amazon can’t afford to skimp on.

When Will The Crypto Token Be Launched?

It’s widely believed that 2022 is the year when the crypto token will become officially available. However, no one is sure of the specific date of the release. But Amazon will certainly disclose everything ahead of time to ensure that everyone is ready for the big news.

It’s speculated that customers will only be able to use the crypto token when shopping on the Amazon website. They might not be able to use it elsewhere. However, no one is sure when and how this policy will be implemented and whether the token will be usable on other sites as well.

Although the world of cryptocurrency is doing great, it still has a lot of room for improvement. Maybe Amazon has identified some gaps that it can fill, to stand out from the competition.

Where Can You Buy Amazon Coins?

Once the coin has been released and ready for use, interested folks can purchase it on the company’s e-commerce platform. You’ll get one cent for every coin. So that means, to have 1 USD, you’ll need 100 Amazon Coins. It’s crucial to note that these coins will have a very close peg to the USD. However, the coins cannot be equated to Tether and other stablecoins due to some reasons.

Is Amazon Coin an Asset?

There’s a difference between Amazon coin and amazon crypto. While Amazon coin is available, it has very limited uses. Not so many people use it on the website to purchase some products and services.

It’s also accurate to mention that it’s impossible to trade Amazon coins as an asset due to their limited uses. Amazon crypto, on the other hand, is just an extension of the coin, but it’s not yet available. However, it’s believed that Amazon will come up with a blockchain before the end of 2022 since that’s where technology is heading to.

Amazon founder and CEO Jeff Bezos, one of the richest individuals in the world, is yet to make any clear statements on Amazon crypto tokens. He hasn’t made any official statements on the release date of the blockchain and whether they’re still working on that project.

However, in July 2021, it was said that Amazon would start accepting BTC as a payment method. It was also noted that such a Jeff Bezos was the person behind that move. Thankfully, BTC gained a massive milestone in its value right after that news broke.

Despite all that, Amazon stated categorically that it doesn’t have any plans to explore the world of cryptocurrency. Thus, the fact that buyers could use BTC on Amazon cannot be defined as an official endorsement of cryptocurrencies by Jeff Bezos. More news is yet to come since we’re only a few days to 2022.

Based on the job ad posted by Amazon about looking for a blockchain expert, there’s the likelihood that the digital crypto token will be available before the end of 2022. Many huge companies are planning to roll out their own cryptos, and Amazon, being one of them, cannot afford to be left out. The best we can do is to wait for the big news about the release date since the move seems quite imminent.