Home Cryptocurrency News Why you need to pay attention to Solana 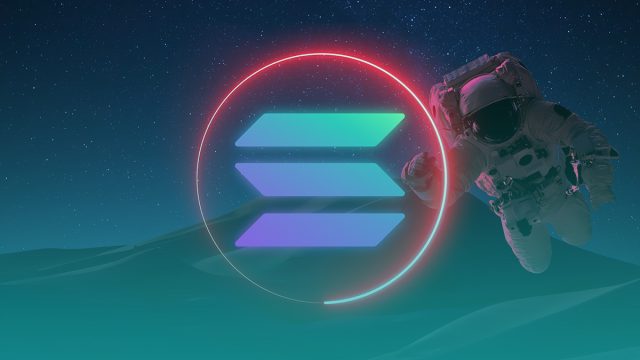 Blockchain, cryptocurrency, and decentralized finance are all terms that have gained popularity in the past decade or so, and for good reason. This new technology has not only changed the way people think about money, but it has also redefined money itself.

A couple of big names stick out when we talk about blockchain and cryptocurrency: Bitcoin, Ethereum, and of late, Binance coin. All these have something unique about them that has resulted in their current popularity and promise. Today, however, Solana is the point of focus.

A blockchain platform that has garnered overnight success due to its relatively lower fees and incredible security. Speculation in the crypto space is that Solana might soon become top five or even top three shortly. This is shown by Solana’s meteoric rise in 2021 by a total of 10,970% compared to Bitcoin’s 57.6%.

Solana can be compared to Ethereum which was the biggest name in Decentralized Finance when it came out. Solana is the same in that it is both a cryptocurrency and a smart-contract blockchain that is set to be the backbone of an ecosystem of projects.

How did Solana start?

Solana was created by Anatoly Yakovenko, a computer science graduate from the University of Illinois at Urbana-Champaign, who published the official whitepaper promoting the idea back in April of 2017. Yakovenko himself is known as crypto’s biggest critic which is surprising for the founder of the most promising blockchain technologies.

According to George Harrap of Step finance, Solana’s market tracker, Solana is written in Rust a programming language that makes the open-source project approachable to willing adopters. Beginnings are always tough and that wasn’t any different for Solana which received unending criticism during its launch.

George Harrap was quoted saying, “they’re all saying they’re fast and cheap and they can do all these fancy things”. David Gerard, an author in the blockchain and crypto space commented, “there’s nothing technologically new that’s interesting here” and went ahead to call it a ‘me-too blockchain’.

Solana is different though. Its revolutionary features were recognized by FTX when it launched a marketplace where people can trade, hold, authenticate and even mint NFT’s on the Solana Blockchain. Credit to Solana since the initial policy only allowed users to trade NFT’s minted on its website.

According to Harrap, this single factor is what has catapulted Solana to the public spotlight.

How does it work?

Unlike Bitcoin which uses the Proof of work system to verify transactions, Solana uses a Proof of stake and proof of history system. This proof of History system has been deemed as one of the 8 core innovations that made Solana the first web-scale blockchain. The others are:

To reduce the communication costs and latency, the Proof of stake method of consensus known as Tower BFT uses the network’s Proof of History system as a reminder in the consensus process.

Proof of History is a stepwise system of computation that allows us to verify the passage of time. This secure function ensures that the output can only be found after the whole function has been executed rather than straight from the input.

Can Solana Compete with BitCoin?

This interesting bit of statistics might not mean much at first glance but it goes to show how much Blockchains like Solana are increasing in popularity. This can further be confirmed by a tweet from Phantom, a wallet on Solana, which claims that it has so far grown to about 1.8 million active users monthly.

As pointed out earlier, comparing bitcoin and Solana isn’t ideal because of their different functionalities. Bitcoin is more of a store of wealth as compared to Solana which is used more as a fiat currency. A big difference can be seen however in how their methods of consensus have polarized the world.

Solana’s proof of work and proof of history shows much more promise compared to Bitcoin’s proof work that has recently come under attack. Taking note of all this Solana has a very bright future, what do you think?