Home Cryptocurrency News What Does the Future Look Like For Polygon (MATIC)? 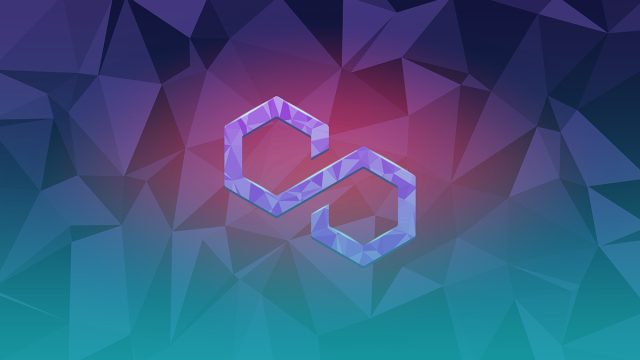 MATIC has experienced a 57% surge in its value in less than ten trading days in the past few days. However, experts suggest that it’s less likely to make another breakthrough due to some important reasons. If you’re looking to trade Polygon (MATIC), this piece might help you make an informed decision.

What Should Traders Expect?

It has become clear that MATIC price has two impending scenarios that traders and shoppers should be ready for. One of them is the sudden pull back to the initial $2.40 value position. Don’t forget that $2.40 is its current highest rising wedge. This is the sort of pullback that both long term and novice traders would be happy to take place. It’s a move that will come with many benefits you would want to miss out on.

The other thing traders should pay attention to is the consolidation phase. At this point, MATIC will undergo a temporary hiatus and will most likely trade between $2.6 and $2.75 value areas. It’s forecasted that this temporary stop until Kijun-sen and Tenkan-Sen get to go above their rising wedges. This consolidation period will commence from 24 December and last two weeks. It’s also reported that $3 is the next MATIC price to be tested, and it will open new windows for traders and online shoppers.

At the moment, Polygon is one of the most popular digital currencies based on market capitalization. Its market cap currently stands at $15 billion. It’s trading token stands at an average of $2. In the past few months, MATIC has stood out from the competition, and it’s widely believed that the future is bright for crypto.

This is due to the strong support it has received from the ETH founder or creator, Vitalik Buterin. In 2022, MATIC has announced that its main focus would be on ZK-Snarks.

There has been an impressive improvement. In early 2021, Polygon could trade for far less than $0.03 for every token. However, a few months later, in May, it achieved its all-time high of more than $2.65 per token. That means MATIC got more than 15,000% returns in less than five months.

Unfortunately, MATIC has manifested a stunted growth in the final half of 2021. At the time of writing this, the crypto is trading way below its highest market value.

Though Polygon faces competition from many other established cryptocurrencies, Polkadot is its major competitor at the moment. It also faces stiff competition from the likes of Arbitrum, Kusama, and Cosmos. Polygon enhances Ethereum’s network by connecting it to many other ETH-compatible blockchains, thereby helping take the ETH network to higher heights.

In the future, Polygon wants to enhance ETH’s network through the creation of a multi-chain system. The system will then allow anyone to come up with new protocols on the ETH chain. The good news is that Polygon can easily use Ethereum’s network and decentralization as leverage. This means this is something that can be achieved in the shortest time possible.

Polkadot, on the other hand is a network that seeks to bring smaller blockchains together. The main difference is that Polkadot is that it’s a layer of a single solution. This implies that it only relies on its own blockchain, unlike ETH that has multiple chains. At the time, Polkadot supports more than 100 smaller chains. Polkadot aims to connect as many blockchains as possible so that they can easily communicate.

In terms of trading, Polkadot currently stands at $25, with a market cap slightly below $25.

Is Polygon (MATIC) a Great Investment?

Analysts did their work and gave Polygon a low-risk rating. That means you should feel free to use it as your investment scheme. The system used for the analysis focused on the amount required to make the price move within 24 hours. The metric also considered the most recent changes in market cap and volume to establish how a given coin can get manipulated by limited trading.

The overall score should range between 0-100. The lower the score, the higher the risk, high values, on the other hand, show low risk. From the findings, it can be deduced that Polygon is a low-risk investment due to its high value. As a trader, before putting your money on a given scheme, you should conduct a risk assessment. By so doing, one can easily make healthy financial decisions with potentially high returns in the future.

While the crypto market is generally volatile, Polygon has manifested a high level of stability. That means you can use a single metric for a lengthy period to make safe investments. However, it always helps to reduce the risk levels by conducting risk assessments as regularly as possible.

Most of the time, you will notice that you don’t have a clue about a given digital coin. That’s because they keep changing within a short period. However, Polygon (MATIC) is one of the most stable digital coins. Moreover, its value is likely to go up in 2022. Thus, if you would like to trade the coin, now is the best time for you to do that.