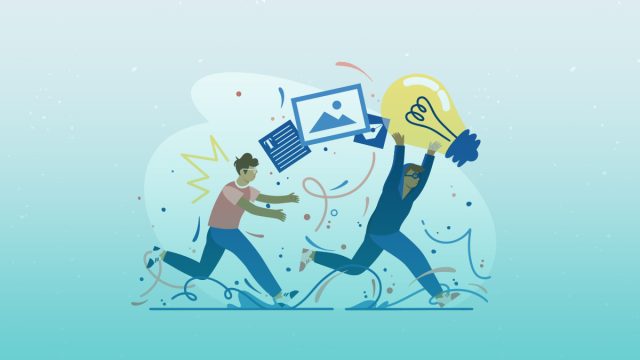 Two non-fungible token mirrored projects are testing the boundaries between parody and plagiarism. The popular digital marketplace, OpenSea, has banned the NFT collection of Phunky Ape Yacht Club (PAYC) and PHAYC. Both of these projects are based on a similar gimmick – they both are identical to the avatars of the high-value Bored Ape Yacht Club. PHAYC and PAYC are both selling apes in crypto marketplaces while trying to avoid being banned on those markets.

Many crypto enthusiasts are aware of the squabble between the two projects, and in this post, you will find out the meaning of an NFT and what exactly happened during that conflict.

What is a Non-Fungible Token (NFT)?

An NFT enables you to sell and purchase the ownership of unique digital assets and keep a record of the owners on a blockchain. NFT means non-fungible token, and it contains technically any digital item, from images and animated GIFs to drawings, songs, and video game items.

Non-fungible tokens can be one of a kind – such as a real painting or a copy of multiple trading cards. Also, the blockchain always keeps a record of which individual is the owner of that digital token. Subsequent buyers can be able to keep track of the previous owners of that NFT.

In recent months, NFTs have been gaining immense popularity, with some being sold for millions of dollars – such as the “deal with it” sunglasses and the Nyan Cat being sold for jaw-dropping prices at auctions.

Presently, the most valuable crypto art assets are the Bored Ape Yacht Club (BAYC) non-fungible tokens by Yuga Labs. Notably, the price of the cheapest bored ape NFT is around $217,000. BAYC recently dethroned the renowned CryptoPunks as the Best NFT Avatar.

Just like with the other avatars that are used as gimmicks for cryptos, the associated photo of the ape can be modified or duplicated. So, what does BAYC have to do with PHAYC and PAYC? PHAYC and PAYC usually flip the BAYC avatar to face left, unlike the original avatar that faces right. Once they invert it, they link it to a particular crypto token then resell it as an NFT asset.

What is the Row Between PAYC and PHAYC?

In early December 2021, PAYC stated in a loose mission statement on Twitter that they despise how the rich Dutch bag (PHAYC) allegedly hijacked an existing ape market. They likened their project to the CryptoPhunks, a similar project that involved converting the expensive CryptoPunks NFTs and reselling them. As of December 28th, PAYC, who were the initial arrivals of the boring ape NFTs, sold their left-facing ape NFTs for free, while PHAYC sold theirs at around $157 (0.042 ETH).

To find out the source of this conflict, The Verge tried to get in touch with Yuga Labs. However, Yuga Labs refused to respond to their request immediately to comment whether they intend to file any legal complaints against the two copycats. Moreover, when PHAYC was asked for a comment on the same matter on Twitter, they also refused to mention anything.

What’s Next for Both of these Copycats?

Both of these projects are in seriously dangerous areas. Numerous NFTs tend to imitate the art styles of each other or even use identical names. But Yuga Labs is the owner of the ape image’s copyright. That said, PHAYC and PAYC both made enormous sales hours after they were launched. But they were pulled down from OpenSea because they broke the online marketplace’s copyright infringement rules.

PAYC is only available on NFTtrade.com and was recently delisted from competitive marketplaces such as Mintable and Rarible. However, PHAYC is still listed on Rarible. If Yuga Labs were to file a formal complaint legally, PHAYC and PAYC would be in trouble. But fortunately for PAYC and PHAYC, there are limited legal precedents regulating NFTs.

At the moment, both PAYC and PHAYC are more interested in supplying tradeable apes online. Theoretically, NFTs are supposed to be based outside any platform, but several marketplaces such as OpenSea have posed a challenge because they have largely simplified the process of selling NFTs.

Although these platforms have hosted a myriad of NFT projects even from stolen art, they’ve recently been delisting copycat projects such as CryptoPhunks. They do so in response to many complaints from crypto firms such as Larva Labs’ CryptoPunks. They have also banned several non-fungible tokens that had been stolen from their original owners.

PHAYC and PAYC have tweeted that they intend to start operating from different marketplaces that support the sale of leftward-facing and inverted apes. There is a high possibility that by the time you’re reading this article, another individual could have started to sell an even faker ape.