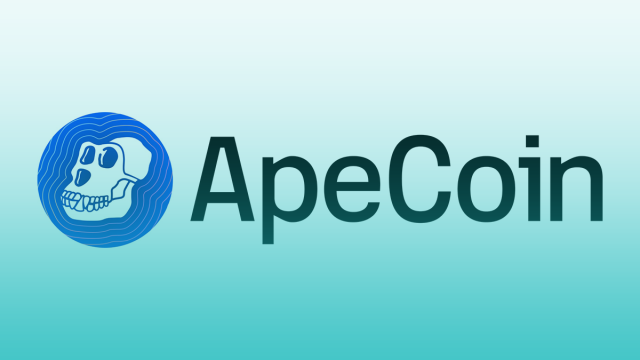 A while back, ApeCoin dropped a whopping 44% from its all-time high and settled at $17.47. At that point, it had been swinging at a median price of $9.52. This relative slowdown happened for a period before coming to a stop. After it stopped going down, the coin had a quick run-up, reaching $11 by March 21. This was a swing high, as the coin has been making small oscillations since then.

Analysts believe that this is the behavior of bulls that plan to move higher. Unfortunately, this bull run did not last long as the coin started another downward trend where it settled at $9.52. It is believed that the coin will start swinging up again and maybe get higher in the coming days.

As of the closing on March 24, 2022, ApeCoin stood at $13.639. It had remained at around $10.82 and analysts had believed it would stay at that level for two days. However, buoyed by investor confidence, the coin moved to the $13 mark very fast and shows signs of going even higher in the coming few days.

What is the Outlook for ApeCoin in the Near Future?

The ApeCoin has broken the first resistance barrier at around $12 and settled at over $13. However, it is less likely to beat the next resistance barrier at around $15. Therefore, in the next week, the coin may just settle around $15 and keep swinging up and down. Those who purchased it at its all-time high of $17 may have to wait a little longer for it to settle into the position. It may beat the mark in the next 30 days if the market push it is experiencing stands.

There are also analysts that believe that the optimism in the crypto market might push the coin well beyond the $20 mark within the next two weeks. While this is a little ambitious, there is a good chance that buyers have noticed the steady price growth over the last few days and may be willing to bet on its growth. This may be good news as it will move up quite fast than has been experienced in the past.

On the other hand, if the market is not optimistic, the coin may drop to its current support value of between $9.52 and $10.80. Many believe that this is the more realistic prediction. However, by doing so, the coin will be favoring the bear rather than the bull. this price, speculators might not be getting much value in the form of price increases.

What Happens to ApeCoin in the Distant Future?

Investors looking for a long-term investment in the coin are likely to have a mixed fortune depending on the length of time that they intend to invest. While the bullish run is expected for the next 30 days, the coin is expected to settle in the coming months and steady up in 2023. However, we are not likely to get very high price increases where the coin stands at that position.

The price is likely to oscillate at a price between $10 and $12 at the end of the year and become the new pivot point. However, there are likely to be short-term price increases and drips that will not have a big impact on the average price. In the years to come, the price may continue to go up gradually. However, it may take a long time before it doubles up the value of the recent all-time high of $17.11.

Investment Advice for the ApeCoin

ApeCoin can still be profitable when enjoying a bullish run. The run, however, will not last long, and the coin will eventually settle. At the moment, the coin is steady and is expected to stay that way for some time. For those who would like to buy the coin, this is the prime time to buy it and enjoy gradual price increases.

However, the coin might not be profitable in the mid-term as it will settle at a price that is not so high. People who will wait longer might enjoy better values in the coming years if there is sufficient enthusiasm in the crypto market. Otherwise, ApeCoin is doing great compared to many popular coins during the same phase as this coin.